The Herbal Chef is a culinary platform founded by Chef Christopher Sayegh to help de-stigmatize the world of plant medicine through modern cuisine.

Through the years The Herbal Chef has become an important part of the infrastructure of the legal Cannabis landscape in the Food and Beverage sector.

Our platform has grown to include highly trained and accomplished Chefs that serve as an asset to the brands, manufacturers, and license holders across the globe. 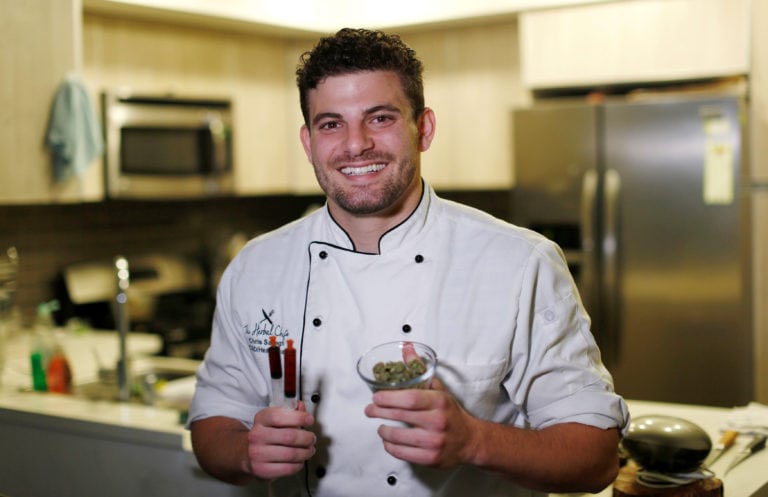 What type of services do you offer?

Personal Chefs, Private Dining, Holiday Event Catering, Corporate Party Catering, We offer a wide range of culinary services that can accommodate events of any scale. Whether you’re looking for a personal chef to join you on an exotic getaway, or a catering team to provide services for a large event. Check our hire-a-chef page for more information.

How much does it cost to hire a private chef?

A: The cost of hiring a private chef varies and is largely dependent upon the details of the event the chef is hired to oversee. Start the process by visiting our hire-a-chef page for more details on the type of event you’re after.

Are all of The Herbal Chef's meals infused with cannabis?

A: While we specialize in THC and CBD infused meals – cooking with cannabis is an accessory to our already incredible Avante Garde modern cuisine.

Is there an infused dinner party near me?

A: Our culinary hubs are strategically positioned across North America to ensure that there is always an Herbal Chef near you! Our chefs regularly service Los Angeles, Denver, Dallas, New York, Chicago, Miami, Portland, Seattle, Vancouver B.C., San Francisco, and everywhere in between!

What is A Certified Herbal Chef?

An Herbal Chef is first and foremost a highly trained culinary professional. Our chefs are held to the highest standard of culinary excellence.

Secondly, our chefs are trained and certified to be experts in the art of cooking with plant medicine. Each Herbal Chef is highly skilled in proper dosage techniques for THC and CBD infusion.

Finally, our chefs embrace the challenge of crafting a personalized menu tailored specifically to meet your event party’s requirements.

Each bite is a landmark as our menu guides your palette on a culinary adventure it won’t soon forget.

Working To Change The Culinary Landscape

Our team at The Herbal Chef takes pride in a commitment to excellence.

Our network of world-renowned Chefs and Hospitality professionals spanning from across the globe has banned together in an effort to destigmatize plant medicine and change the culinary landscape.

Meet the team behind The Herbal Chef platform.

Christopher Sayegh is a world-renowned Chef that has gained popularity in the last 5 years for his unique take on utilizing ancient plant medicines in modern cuisine.  This led him to launch the now globally operating company, The Herbal Chef in 2014.

Richard Rosendale CMC is a chef whose classical training has taken him to Northern Italy, Germany, Luxembourg, Switzerland, Norway, France, and rated kitchens in the United States, including Sous Vide training at the French Laundry, and multiple five-star restaurant stages across the country.

A native of Chile, Christopher was raised in the suburbs of Santiago. With the drive to keep pushing forward, he eagerly left his hometown and began working in the kitchen of the Wickaninnish Inn Relais and Châteaux, a rustic and elegant resort in Tofino, British Columbia, Canada.

Chef Bill Kim has always been on top of food trends. Long before upscale soft-serve became a hipster favorite, Kim was serving it in his restaurants. His places, including UrbanBelly, Belly Q, and Belly Shack, featured variations on pork belly well before the dish popped up on other menus

Chef Jared Ventura credits much of his passion for cooking to his Sicilian grandparents. He fondly remembers spending his childhood at their home eating fresh pasta, fresh-baked loaves of bread, house-made charcuteries, and pretty bad backyard Chianti.

After graduating from culinary school, he worked through mostly Italian and French kitchens before eventually landing at Studio Montage Laguna Beach, where his passion for fine dining grew and continues to grow each day.

Deciding to become a chef he combined his talents and ideas to establish fine dining private dinners across South Florida.

These exclusive dinners are thoughtfully curated with seasonality in mind.

Alex describes his food as, “subscribing to no genre or style; cooking food that excites us. So, there is nothing to understand only to experience.”

Born in 1973 in Wisconsin, Seidel began his culinary career at 14, serving as sous chef at Racine’s Main
Street Bistro by age 20. He attended culinary school at Western Culinary Institute in Portland,
Oregon, finishing at the top of his class.
Alex Seidel is chef-owner of Fruition Restaurant, Mercantile dining & provision, Füdmill and Chook.

Alex, Fruition and Mercantile have been fortunate to find themselves featured as Chef of the

Year and Best Restaurant rankings in numerous local and national magazines and guides
including Denver Magazine, 5280, Bon Appetite, Gayot, and Zagat, and alumni from the
restaurants have gone on to receive similar honors. Seidel himself has been the recipient of
many accolades, including Food & Wine magazine’s Best New Chef in 2010, Chef of the Year
titles from local media including Denver Magazine and 5280. Seidel was awarded the 2018
James Beard Foundation Best Chef: South West. In addition to his restaurants, Seidel owns
Fruition Farms Creamery, Colorado’s first artisan sheep’s milk creamery, located in Larkspur,
Colorado.

Seidel participates in numerous off-site events for both charitable and fine dining experiences.
He very much enjoys furthering the culture of cuisine all the while staying down to earth and
championing such causes as food advocacy, mindfulness when it comes to eating habits and
waste. Becoming a chef and a business owner has allowed him to hone his very impressive skills
while controlling the ingredients and the sourcing of his provisions.

Raised on his family’s farm in Southern Illinois, with deep roots to the earth, Brad has always had a passion for nature and nurture.

He honed his skills after years of bar-trade in Chicago, then moved west only to refine and further himself.

Following his passion, he soon found his place as the Beverage Director here at The Herbal Chef, not looking back.

What’s On The Menu?

Our certified Herbal Chef’s are standing by with mouth-watering edibles, delectable desserts, and hand-crafted cocktails that will make you reconsider everything you thought you knew.

Start planning your next dinner party by consulting our FREE guide to Event Planning & Hiring A Chef!

Your personal chef is standing by. We can’t wait to cook for you! 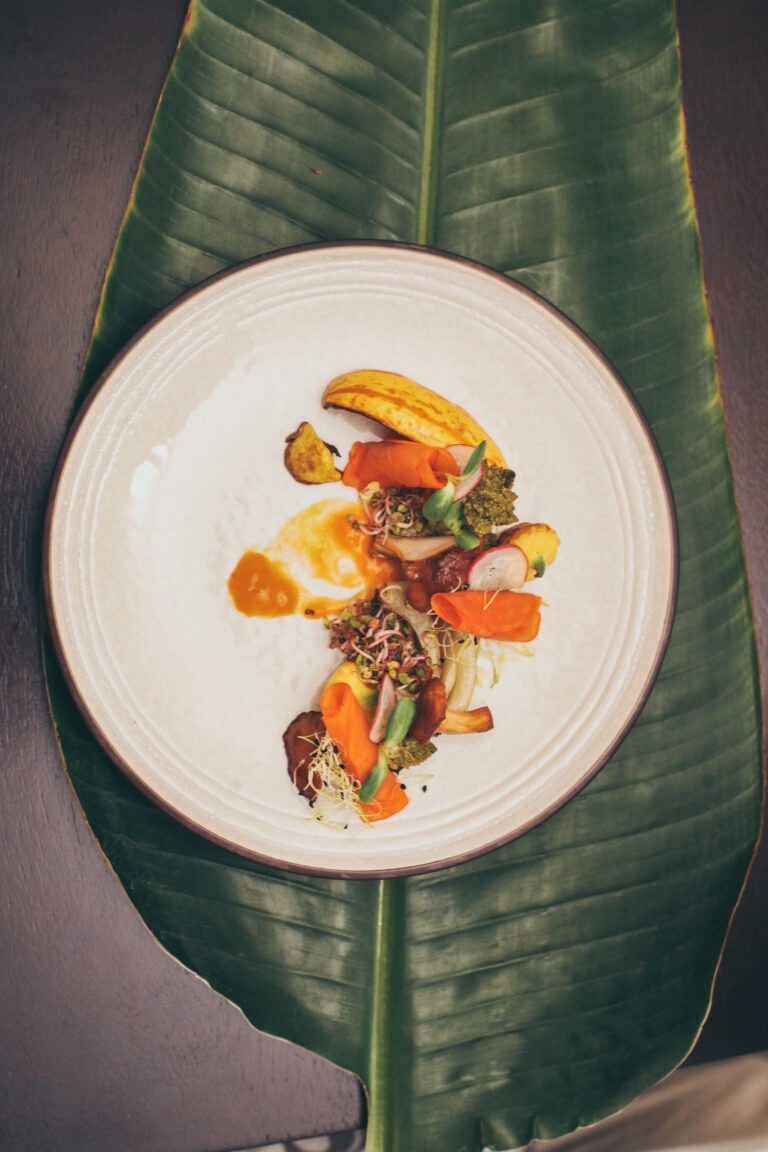 It starts with an idea.

Our team of experts is here to help you take your idea from the kitchen to the manufacturing line and ultimately on the shelves as a finished product.

Save time, money, and other precious resources by hiring the experts at The Herbal Chef.

The Herbal Chef works with our grassroots base of over 50,000 members to effect change using public education and direct advocacy at the local, state, and federal level.

As far as grassroots patient advocacy goes, no group does more for the medical cannabis movement than The Herbal Chef legal counsel.

Now that adult-use cannabis legalization is becoming more popular, care must be taken to ensure that medical cannabis patients still receive an appropriate quality of care and protection under the law. Local Herbal Chef chapters engage and empower patient communities to advocate for dispensary access and other beneficial neighborhood policies.

It starts with a plan.

A Career At The Herbal Chef

Your career at The Herbal Chef is so much more than a “job,” it’s your opportunity to reconnect the world with experiences and traditions older than the words themselves. When you apply to join our team, you’re applying to join a culture of hard-working hospitality professionals.

In short, our mission is to heal the world through cannabis culinary excellence. Meanwhile, we fight to destigmatize plant-based healing both in the medicinal and recreational culinary landscapes by reconnecting our customers to traditions once forgotten.

Are you ready to help?